Out and about with bunu and buna

I just downloaded some photos of Alex my dad took with his camera. Like I said in my previous post, Alex is so comfortable being with bunu and buna, the three of them would be gone for hours.. Their stories and these photos are proof of the good times they have when I am not around. Not that I mind a little solo time...

One day they took Alex to the park downtown and my mom was the artist here. While my dad was sitting in the shade fighting a headache, buna took some nice pictures of Alex exploring the fauna of the park. He learned to blow the dandelions from bunu so he was all mesmerized by the field of them. 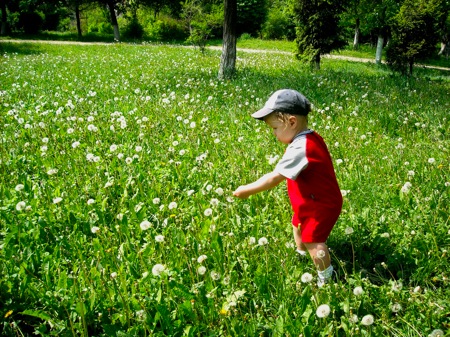 Taking him shopping is another activity they started doing together. Buna was probably in the store while my dad took this shot of a smiley Alex. 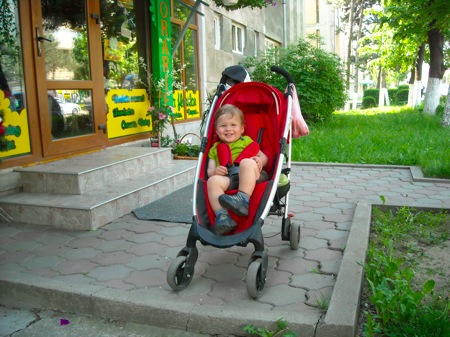 A couple of blocks away we have a little playground area where Alex enjoys exploring. The swing, slide and the other stuff at the playground are for older kids but from what my mom said, he loves playing in the sand, watching the older kids, just poking around. I love this artistic shot buna took, her shadow in there is quite impressive. 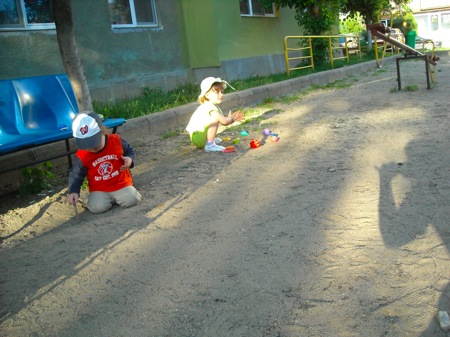 My favorite story so far is how Alex was flirting with the ladies outside. After they came back from a walk, bunu and buna spent a little time in front of our apartment building where usually some lady(ies) hang out on the bench. This time there were three of them and all had to love on Alex a little. The funny thing is that he enjoyed being hugged and kissed (Romanian style) by them. 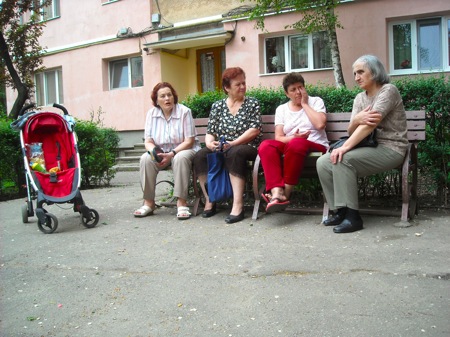 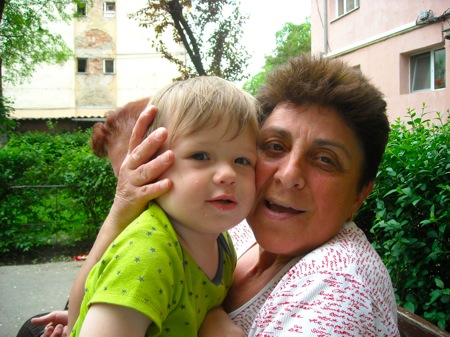 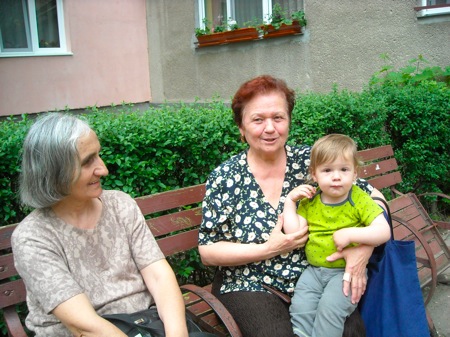 All this to say that Alex is enjoying Romania a little. And it goes without saying, that bunu and buna are in seventh heaven having Alex here and taking care of him. I am not going to say which heaven I am in… I am pretty high up there too:)