Not even six months old and baby Alex scored another city and state down: Philadelphia, PA. He's already traveled to Virginia, California, Illinois and now Pennsylvania. Way to go Alex! He might not have any choice in this one but become world traveler like mommy and daddy.

Besides being in four different states, Alex traveled with all sorts of public transportation so far: bus, metro, airplane and this week it was his first time on the Amtrak train. Daddy went to Philadelphia for a short business trip so we decided to join him. He absolutely loved the train, looked out the window with much interest and enjoyed a nap while being rocked by the train's movement. 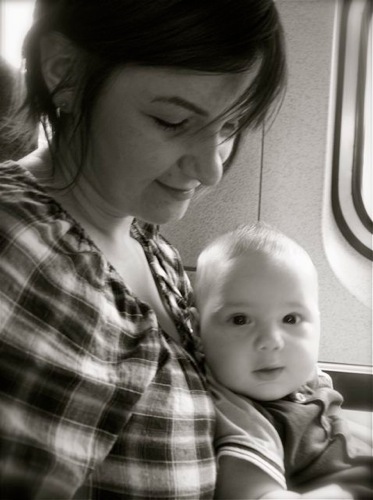 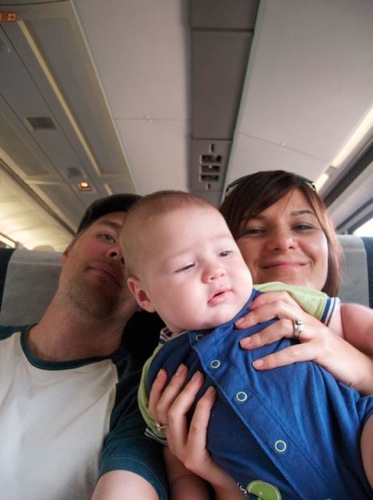 On Tuesday when we arrived, daddy got busy with work, but I was able to take him on a stroll around my former city. We were conveniently located at a hotel by Market East so we walked by the City Hall (picture below), browsed the Reading Terminal Market, stopped for gelato at my favorite place Capo Giro and for dinner we all went to a restaurant in Chinatown. 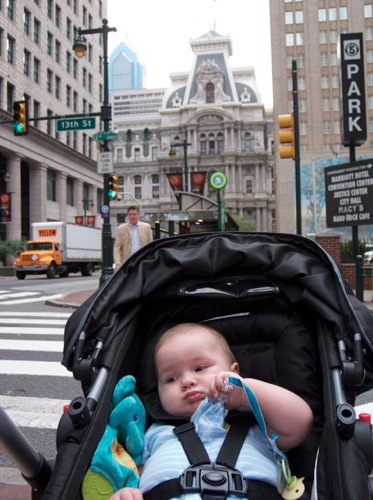 On Wednesday, I met up with my bestfriend, Veronica and her older daughter Camila. It was the first time Alex met auntie Vero but it was love at first... and just like mommy, auntie Vero could not stop kissing those chunky cheeks. Sorry buddy, you are way to yummy, we can't help ourselves. 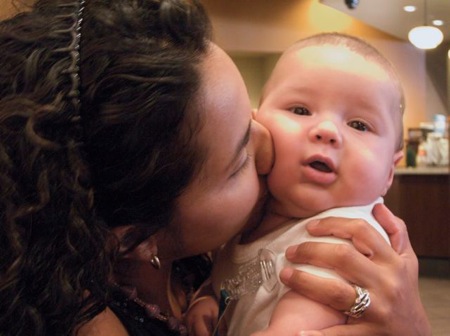 It was a hot day so we were hiding from a coffee shop, to different stores, to the gelato place again and then around the Market East station. A funny incident happened while we were enjoying gelato. I was holding Alex in my lap when suddenly I felt the very distinctive warmth on my legs. I figured, oh, he peed and leaked a little. When I took a look though it was much more than that: my pants were covered in yellow poop, plus a little pile was spotting the floor too. It was lots and stinky but the weirdest thing was that he hasn't spotted his shorts at all. Somehow all the poop came out through the sides of his diaper and did not touch him. Luckily Vero was there so we all dashed to the bathroom where I was able to wash him and clean my pants enough to be able to came out in public again. I was inspired to put a dark color ones that day. Here is a great shot taken by Camila (5 yrs old) while we were catching up at the coffee shop. 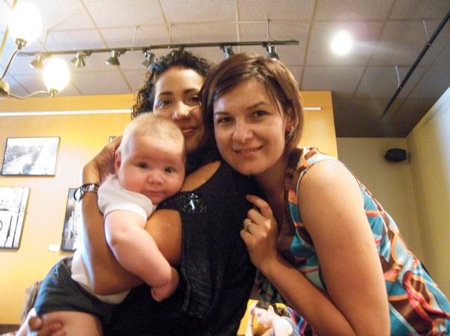 Vero and Camila came with us at the beautiful 30th St. station where we departed in different directions. Alex and I took an earlier train as daddy had to stay until the end of the business day but we managed just alright. He was tired after the busy day in Philly so he slept pretty much the whole way, then he woke up and charmed the older lady sitting next to us. It was yet another successful trip! 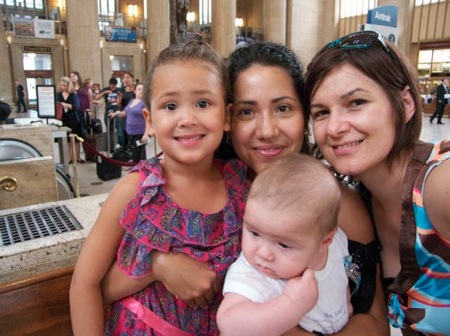