Today my mom and I were watching Alex playing outside, right in front of the apartment building where I grew up. It felt just so surreal to see Alex play on the same concrete I used to run around when I was a little girl. I've said it  many times before but despite a communist country, I've had such a happy childhood. I remember having no worry in the world and being outside all day long, having lots of friends and playing every game possible. We didn't have much but we were so happy, at least us, the naive kids we were.

Here I am today, decades later and living thousands of miles away from home but watching my fourteen months old son playing in the same spots. I am so glad he has the chance to experience this and get to know physically the spot on Earth I come from. I do hope he will get to know and embrace his Romanian heritage and be proud of it. 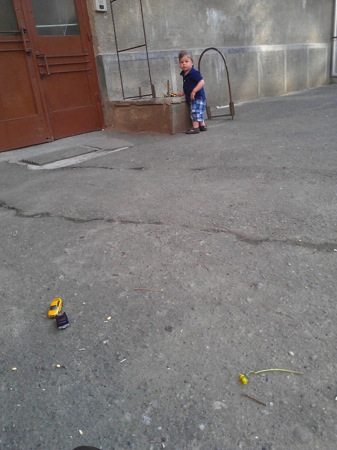 This other photo I took later that evening when Alex's cousin came over for a short visit. Alex is all excited about baby Einsten's characters as he's introducing Timi to his all time favorite show. 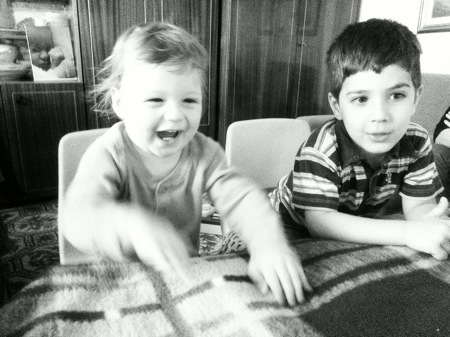